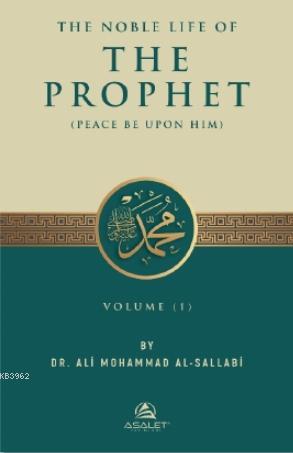 The Noble Life of The Prophet

He it is Who has sent His Messenger (Muhammad Pbuh) with guidance and the religion of truth
(Islam), that He may make it (Islam) superior over all religions. And All-Sufficient is Allah as a
Witness. Muhammad Pbuh is the Messenger of Allah, and those who are with him are severe
against disbelievers, and merciful among themselves. You see them bowing and falling down
prostrate (in prayer), seeking Bounty from Allah and (His) Good Pleasure. The mark of them (i.e., of their faith) is on their faces (foreheads) from the traces of (their) prostration (during prayers).
This is their description in the Taurat (Torah). But their description in the Injeel (Gospel) is like a
(sown) seed which sends forth its shoot, then makes it strong, it then becomes thick and it
stands straight on its stem, delighting the sowers - that He may enrage the disbelievers with
them. Allah has promised those among them who believe (i.e., all those who follow Islamic
Monotheism, the religion of Prophet Muhammad Pbuh till the Day of Resurrection) and do
righteous good deeds, forgiveness and a mighty reward (i.e., Paradise). (Qur'an 48: 28, 29)